Would you like to get checks in the mail every month? Sounds too good to be true, right? This is what the Cash for Patriots Program is about. We will talk about how this “program” can potentially help you get sustainable money from the billions of dollars of company profit stranded overseas. It’s like there’s a stash of money out there waiting for you to receive. Well, maybe. Let’s find out the truth behind it.

The Cash for Patriots Program is a strategy discussing how you can get checks of up to $7,980 monthly. This money will come from the companies that are bringing their overseas money back to the US. When this happens, it will increase the companies’ profits, therefore, giving their shareholders higher dividend payouts.

What Is the Cash for Patriots Program?

The Cash for Patriots Program is featured in the Lifetime Income Report authored by Zach Scheidt. He talked about how you can get monthly checks of up to $7,980 being a “patriot” of American companies. The companies are said to have piled up overseas profit that they’re unable to bring back home.

Scheidt said that this is because of the 35% corporate income tax that companies are required to pay if they want to bring their overseas revenue back to the US. The overseas money amounts to around $2.6 Trillion and there’s about $986 Billion left. And he has a good suspicion that this money will end up with shareholders via dividends and share buybacks.

The “patriots” will have a chance of getting this money after the legislation Tax Cuts and Jobs Act of 2017 has been implemented. This tax reform decreased the corporate tax rate down to 10% from the previous 35%. Therefore, Scheidt concludes that companies are now able to bring their overseas profit back to the US since the tax has been decreased. And eventually, this move will increase the company’s profit allowing shareholders to receive higher payouts.

If you were wondering, who is Zachary Scheidt and why he knows this information, let’s do a little digging. According to his website, his career started at SunTrust Bank being a cost accountant and then as an analyst for an Atlanta-based investment advisory.

This website did not disclose the company’s name. It was mentioned that this company provided wealthy clients with a minimum account balance of $1 million. The same company also manages two hedge funds with combined assets of above $100 million. It was said in his biography that he was personally responsible for the firm’s $20 million revenue and $20 million in each client’s account.

Scheidt has edited the Income and Dividend Report, another newsletter that is dedicated to finding stocks that pay high dividends. He also has authored Accelerated Income which is an advisory focusing on earning income using covered calls. His works were also published in Seeking Alpha, Motley Fool, and The Wall Street Journal. He is now a professional investor, writer, and speaker.

With his background in finance and investment opportunities, you can probably say that his works are credible and 100% true. But apparently, there are more things that we will find out.

How Does Cash for Patriots Program work?

The Cash for Patriots Program works when you buy stocks from companies with a huge amount of overseas money. Scheidt advises his readers that you should buy shares from these companies before more and more people discover the “program”. And if that happens, it could lead to more expensive stocks or shares.

Although the program tells you to buy shares, it does tell you to be careful when investing in companies. There are factors to consider and it was simplified as the “Three Pillars of Investment Success” by Scheidt. These are the following:

Scheidt said that applying these steps will mitigate investment risks. In the newsletter, you will be provided with three companies that he screened using these steps. And you will also be given an additional two more companies he calls his bonus recommendations. He suggests that you can purchase shares or stocks from these companies.

The information below is based on the current high dividend-paying companies at the time of the newsletter’s publication. They are the following: 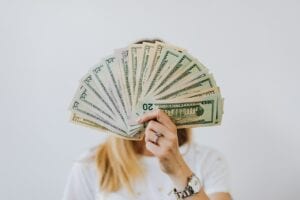 Can You Make Money with Cash for Patriots Program?

Yes and no. Yes, because dividend growth is still a good investment strategy that can become a stable source of income over time. And no, simply because not everyone has the money to purchase company stocks or shares to receive high dividends.

Now, let’s get into the important advantages and disadvantages of the program to help you decide whether you should sign up for their newsletter or not.

Although Cash for Patriots doesn’t appear to have any lawsuits, Agora Financial has and they have two ongoing lawsuits. These were filed by the Federal Trade Commission (FTC) on Oct. 24, 2019. The first one was for allegedly misleading customers into buying books, newsletters, and other publications that promote a cure for type 2 diabetes.

And the second one is related to the same author, Zachary Scheidt, for falsely promising that the “Lifetime Income Report” and the book “Congress’ Secret $1.17 Trillion Giveaway” will show consumers that they have hundreds and thousands of dollars to claim in “Congressional Checks” or “Republican Checks” which they are entitled to.

Although the book is free and you only need to pay a small shipping fee, consumers who bought it are at risk of spending thousands of dollars to obtain the promised amounts. The FTC alleges that Agora Financial has violated the FTC act and is seeking a court order to stop the alleged deceptive conduct and refund the money back to the consumers.

Is Cash for Patriots Program Legitimate?

The straight answer is, no. The Cash for Patriots Program is not an actual program, to begin with. It was just a nice-sounding title the author used to make his method look like it is a real deal. But nobody in the US government has ever mentioned anything about it. The author wants you to believe in his concept that with the help of the new corporate tax reform, you can potentially get thousands of dollars every month from big companies.

Back to reality, if ever companies would be able to get their overseas money, there’s a higher probability that they would spend it on expanding operations, more plants or infrastructures, or more jobs. There’s no telling what companies will do with their money. There’s also no telling if they want to get their stranded overseas money back to US soil. Perhaps they are intentionally accumulating their revenues out of the country.

Tech giants like Apple and Microsoft have been operating in other countries for many years now and have racked up billions in profits in overseas sales. If they were to spend their revenue, most likely it will be for the expansion of operations in foreign countries. Furthermore, these foreign countries may have little to no corporate taxes unlike in the US.

People involved in buying shares from companies will probably find the Cash for Patriots program useful. But unlike many people who don’t have the experience or the knowledge in investing could be at risk of spending thousands of dollars and not getting the returns they expect, or possibly they may not get anything back at all.

The grey area is the Cash for Patriots program doesn’t mention anything about how you can go about buying shares or the actual risks of investing in them. To put it simply, the newsletter is advising its readers that it’s a good time to buy shares and they have other information to share with you if you subscribe to them. If you’re interested in becoming an investor, perhaps it is better to learn the important things about investing in company shares to understand how it really works.

If you are interested in creating your own home business, check out my #1 recommendation on building a successful business online. You can get access to hundreds of training videos, 24/7 support, professional consultations, private access to training guides, tools, and much more.

4 thoughts on “Cash For Patriots Program Review – Is This Company Legit?”