All is not well and you will see the evidence for that statement in our Advocare MLM review if you continue to read on. It goes without saying that the MLM industry is a hated industry by many and loved by some.

What makes it worse is that there are some MLM companies that play close to the legal edge and get their fingers caught in the cookie jar. Instead of railing against AdvoCare and calling it a scam, we will just be like the old TV show Dragnet and just go for the facts.

That way you can make up your own mind and determine if this is a business opportunity for you or not. Whenever you enter the MLM corporate zone, you need to do so with both eyes open as all MLM companies are not the same. AdvoCare proves that true.

What is AdvoCare MLM?

This is a company that was also started in the early 1990s. In 1993 Charles Ragus decided to start a company that helped people get the right nutrition while at the same time helping others become more financially secure.

As of 2017, the company had over 600,000 independent sales reps and made almost $600 million in revenue that year. The key fact you need to know about Advocare is that last summer it changed its compensation plan due to legal reasons which will be talked about later.

That means if you really like the company and its products, you can still get them in the same way you did prior to last summer. Hopefully, the change will lower their prices somehow.

AdvoCare MLM Review: How Does It Work? 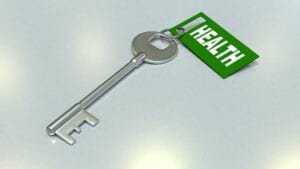 This company was structured according to the experience of the founder. Mr. Ragus worked for Herbalife and also Omnitrition International before making the leap to start his own company.

That experience had him set up the corporation where direct sales reps paid $59 to register and be a part of the AdvoCare program. The nutrition products come through 5 product lines- trim, well, active, performance elite and fit.

Each of those lines had nutrition levels targeting your body’s fitness level helping the muscles to grow a lot better. The company used the standard MLM compensation plan which including recruiting and direct retail sales.

The good aspect of this company’s design is that the sales rep did not have the pressure of making monthly purchases or sales. Nor did they have to keep an inventory of item s to sell. That made sales a little easier to do as pressure was off the consultant.

With the pressure off the only real hassle, you had to deal with was the ethics of the company. There were some shady dealings going on and the sales rep had to watch their step or they may be missing some money.

Since it is no longer an MLM style company, recruiting pressure is off the table as well.

Can You Make Money With AdvoCare MLM?

When this was purely an MLM company, and following the MLM standard playbook, then no you could not make money selling this company’s products. In fact, this was the issue that caused Advocare to change its business strategy and become a single level compensation direct sales company.

Along with the previously mentioned $59 registration fee, there was a $50 renewal you had to make each year. But since you did not have to make minimum purchases or build up an inventory, it was possible to make some money.

Unfortunately, out of the 600,000 sales reps, only about 3,000 made a living wage. With the change in compensation plans, it may be possible to make money selling their products. It will just depend on the type of commission split they are offering their sales reps.

Those sales reps are being paid between 20 and 40% commission when they make a direct retail sale. According to one source. You used to make money by recruiting but that is not an option anymore.

Examples Of How To Make Money With AdvoCare 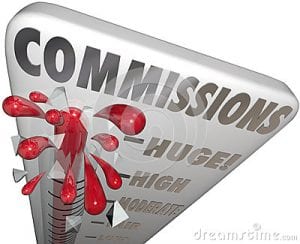 Before last summer you had 5 ways to make money at AdvoCare. The first way was through direct retail sales. You were paid a commission. Then you received a wholesale commission when your downline made a purchase.

After that, you received money through an override bonus, a leadership bonus, and incentives. Keep in mind that there were many hands in the pie so your cut was not going to be that large. In 2016, roughly 400,000 sales rep received nothing at all.

Now the only way you can make money at AdvoCare is through direct retail sales to your own customers. There are no uplines to feed and no downlines to create. You are not paid any money if you recruit someone to sell for the company.

Your revenue should be based and is based solely on your hard work and your selling talent. We have not checked, and no one has mentioned if the prices of the products decreased due to the compensation plan change.

You may be selling high priced products still and face a lot of competition from those companies who have lower product prices fr the same nutrients.

With the change in the company, you may see a lot more positive aspects in the coming years. Right now the company is still feeling the effects of the negatives that forced it to change policies.

Even with the change, the negatives about the company may be hard to overcome. Marketing Advocare products are still a tough sale

Products may be harmful to your body
Tough to make any money even under the new format
Over 600,000 in house competitors
Oversaturated market and industry
The company makes fraudulent charges on credit cards
Makes illegal health claims

Any Negatives? Beware of Lawsuits

Yes, there are a ton of negatives that come with this company. This is on top of the federal lawsuit that forced AdvoCare to change its business practices. There are so many that it is hard to know where to begin.

First, the company makes health claims for its products that they cannot back up. This was discovered by an independent testing agency that examined the products of 67 MLM corporations including Advocare.

Then the was the amount of dissatisfaction with the products used during the old 24- day challenge. Almost 75% or the people participating were not happy with Advocare’s products. Some of the products were using ingredients that were not healthy for the body.

On top of the many fraudulent charges made by the company on credit cards whose owners said they never gave to the company, there is a myriad of negative complaints and reviews about the company and its products.

On Amazon alone 69% of the reviews were negative and only 41% were positive. There are numerous sales rep complaints. But we are just getting to the good part.

Last year the FTC filed a lawsuit against the company labeling it as a pyramid scheme. This was a major influence in getting Advocare to change its compensation plan. The lawsuit was originally brought by 2 former distributors who said that almost all reps were doomed to fail because of the structure of the compensation plane.

It wasn’t just the company that was the target of this lawsuit. The 6 top distributors were included as well. You can read all about it here. 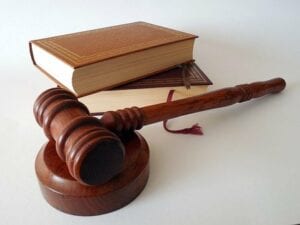 The jury is still out on AdvoCare on this issue. It does provide products for its customers to buy and its sales reps to sell but the ethical practices of the company undermine any claim it makes about being legitimate and honest.

Even its products were found to be misrepresented and contained ingredients no one should put in their bodies when working out. Then the government lawsuit forced the change in their compensation side of the business.

It remains to be seen if the sales reps can make money with this change. It hasn’t been a year ye and figures have not been made available showing any change at all. The company’s record of having roughly 71% of its sales reps working without any compensation certainly does not add any support to the claim that it is a legitimate company.

As MLM companies go, this is not the one to use as an example of a great way to make any money selling their products. As stated earlier, over 70% of the sales reps did not make any income at all. That could be you.

Also, the myriad of negative complaints, the negative results from the testing of their products and the lawsuit are all signs you should stay away from this company. Just because the compensation plan changed does not mean the company removed those risky ingredients from their products.

The fact that pro athletes endorse the company does not mean it is a good company to work with. Check the details of all the information provided in this Advocare MLM review and see for yourself.

You can make better money with better companies without risking your savings. Make sure you take an honest look at this and all companies you want to be involved with. That way your future is more secure.

Get My Top Tips Delivered to Your Inbox!Get a Money Making Tip Every Sunday

Enter your email and gain access to my make money tips and receive your free gift.

Enter your email and gain access to my make money tips and receive your free gift.