With this Fish Blast App Review, I want you to look carefully at what this app is all about, and if it is possible for you to make money and have easy cash-out days. Earning money while simply playing games sounds very interesting, right?

Many games promise to earn real money and gift cards as well. When you’ve reached the minimum payout set by the game, you can immediately cash out and enjoy your money.

One of these games is the Fish Blast app by Tuyoo Online. But before you click the install button to download the game, let’s verify if the claim of receiving money rewards is true or not. In this review, we will be covering everything you need to know about the money-earning game app, the Fish Blast app. We will help you decide whether it is a good game to earn money and worthy of your time. Let’s check it out.

The Fish Blast App is just like the popular game, Candy Crush. The big difference is that it allows the players to earn money rewards after completing each level or several levels. It is also closely similar to Panda Cube Smash which is another game from the same gaming developer company.

The Fish Blast App is a puzzle game. All you need to do is to match 2 or more cubes of the same color to blast them. After blasting several cubes, you can complete a level that lets you win a money reward. The money reward is easy to accumulate which makes the game very addicting and exciting. When you reach $150 you can cash out your money either via PayPal or convert it into Amazon gift cards.

What Is Fish Blast App?

Fish Blast App is a free mobile app game where you match puzzle blocks to collect coins, fish, and more importantly, earn money rewards. It was developed by Tuyoo Online. The aquarium-themed puzzle game is rated E by Google Play Store, which means it can be played by both adults and children like most puzzle games.

It is available for download on Android devices but may not be available in all countries. After installing this game and accepting the terms of service, you can immediately play it and start earning money. You get a monetary reward for every level that you complete.

Let’s learn more about the company that developed it. Tuyoo Online or also known as Tuyoo Game is a gaming company that is founded in 2013. It is headquartered in Beijing, China. But the company also has branches in many other places in China like Shenzhen, Changsha, Xi’an, and as well as in other countries such as North America and Hong Kong. They have Research and Development, Customer Service, and Business teams. Moreover, Tuyoo Game has around 600 employees around the world.

Tuyoo Online develops high-quality games, entertainment, and services to provide its users worldwide. As of this writing, they have developed 2,048 casual mobile games and dozens of chess games. It has over 400 million users worldwide. And there are around 10 million active users from different countries and languages ​​on the Tuyou game platform every day.

In June 2017, Tuyoo Game was listed in China Entrepreneur as one of the top 100 most growing and emerging enterprises and is the only gaming company on the list. In January 2018, it was recognized as one of the “Top Five Chess & Card Game Platforms” by the Tencent Chinese Games Leaderboard.

And in September 2018, three games under the company were recognized in the Top 100 Mobile Apps by the Aladdin Apps Leaderboard. They also have about 400 million app downloads in total from Facebook and Instagram as of October 2018.

Knowing this interesting information, you’ll realize that the Fish Blast App is a high-quality game developed by a well-established gaming company. So, they must be giving away real money as prizes to their players. Well, let’s read on to find out. 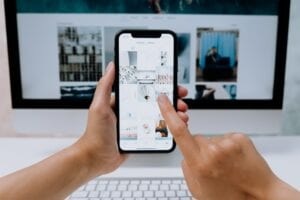 How Does Fish Blast App work?

Fish Blast App boasts earning real money unlike many other puzzle games in the App store. The gameplay is really easy. You just need to match two or more cubes of the same color. The more cubes you can match, the better. You will see a goal displayed on your screen which you need to meet to pass the level.

You can also use different tools such as combos, rockets, or TNT so you can win bigger and better prizes. Each completed level allows you to earn money rewards. If you want to earn more, you can join the Daily challenge, Star tournament, Guild tournament, or Champion Arena.

Remember that at every level there’s always a limited number of actions. So, if you run out of moves you will need to spend 100 coins if you want to get more. Alternatively, you can also watch a video ad or spin the wheel for a chance to win additional moves.

For you to reach your goal faster, you can activate boosters by matching 5 or more cubes. For example, if you were able to match 9 blue cubes, a spinning top will appear to blast the other blue cubes on the game board. You can also merge two boosters so you can make a more powerful one. If you want to have a free booster before starting a level, you can watch a video ad to earn it.

Can You Make Money with Fish Blast App?

The straight answer is yes. This is probably the reason why it is popular with more than 1 million installs and is rated 4 out of 5 stars in the Google Play store. People are quite addicted to the game because completing each level earns them real money. And you can cash out upon reaching the minimum payout of $150 money reward in total.

Just like any other app game, the Fish blast App has some pros and cons. While it is a really interesting game to try, knowing the good and the bad things about it at least lets you have a more realistic perception of the game. Let’s check them out to see if it’s worth your time.

I did some research and found no lawsuits against the game or the company that developed it. Although I did not find any legal complaints, the game has received some negative reviews from many of its players.

Most of the reviews are about how the players get trapped on higher levels and getting to the minimum payout takes too long. To be fair, there are also good reviews from other players. They like how easy the game is and the nice graphics which makes it a great game to play for hours. 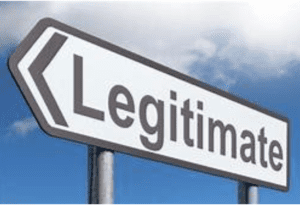 I cannot say that the Fish Blast App is legitimate. This is mainly because after further research, it seems that no player has been able to reach the minimum payout yet to cash out and get their money. I also can’t say that it is a scam without any proof that they were not paying out the players.

The company is quite known since it has been operating for several years now. I also found out that the company donates to charities and hosts gaming tournaments in other countries. It has over 1 Million in revenue just for September 2020 from its mobile apps alone. I can say that Tuyoo Game is a successful company. This makes you think that they are not a scam.

But they do make it difficult for players to reach the minimum payout of $150 because most of the players were stuck at some point. When you reach level 200, you will earn around 20 cents for every 10 levels you complete. And when you get into the higher levels of the game, the money reward is even decreased to .01 cents per 10 levels which is quite depressing. This also means you need to spend many hours up to weeks or months to get to $150.

Most players, play the Fish Blast app because it promises real money cash out. The company even goes as far as to say that you can be a millionaire by playing the ultimate levels of the game. That’s a bit far-fetched.

The game does give you some false expectations that you can reach the $150 minimum payout easily during the first few levels of the game. Unfortunately, you will be hooked on playing the game because getting the money rewards are very easy. Until it becomes really difficult to earn even just a cent.

Aside from that, you have to watch countless ads before and after playing the puzzle. Ads give the company more revenue. It’s not a surprise that they are earning millions. But if you’re someone who just likes puzzle games to pass the time then you can try the Fish Blast app.

Who knows that maybe after several weeks or months, you can finally reach the minimum cash out? We just hope that the game developers at the Tuyoo company will not increase the minimum payout again. But there’s no pain in trying. So, good luck and just have fun!

If you need help on how to get started, check out my #1 recommendation on building a successful business online. You can get access to hundreds of training videos, 24/7 support, professional consultations, private access to training guides, tools, personal private assistance, my personal help, and much more.

PS: Click here to review my #1 recommendation in detail.

16 thoughts on “Fish Blast App Review – Is It An Easy Cash Out App?”