I was going to do a Traffic Monsoon review, but when I started doing the research I quickly came across this negative article by Jesse Singh, describing the Ponzi Scheme about Traffic Monsoon. That article no longer exists today.

Whenever you have a web page titled Traffic Monsoon Lawsuit News that pretty much tells you everything you need to know.

However, let’s review Traffic Monsoon for what it was, what it is claimed to be, and where we are as I see it today.

The lawsuit alleges that Traffic Monsoon is a Ponzi scheme. Let me point out one thing as it relates to a common claim in network marketing where people say the program is a pyramid scheme.

A pyramid scheme is defined as “a form of investment (illegal in the US and elsewhere) in which each paying participant recruits two further participants, with returns being given to early participants using money contributed by later ones.”

A Ponzi scheme is defined as “a form of fraud in which belief in the success of a nonexistent enterprise is fostered by the payment of quick returns to the first investors from money invested by later investors.”

The biggest difference is a pyramid scheme pays people to recruit new members. In a Ponzi scheme, money is collected by new investors to pay back old investors.

Without a doubt, the biggest Ponzi scheme of all time was committed by Bernie Madoff. He collected money to make trades for people, but he never made any trades.

Over a period of 20+ years, Bernie Madoff defrauded investors out of over $64 Billion Dollars. A really good movie to watch stars, Richard Dreyfuss.

The main point being products have to be sold to be a legitimate MLM company. Earning money strictly on recruiting is a no-no in the eyes of the United States FTC. Herbalife recently was sued and ultimately paid a $200 Million Dollar fine, but the FTC messed that up.

Charles Scoville is the founder of Traffic Monsoon. From what I can find he has a questionable background.

He has started pat to click programs in the past and has been accused of not paying his members. Two of those programs were InfinityBux and Adhitprofits.

How Does Traffic Monsoon Work?

Traffic Monsoon is a PTC program. A pay to click program is a form of marketing where you earn credits for viewing and clicking on ads. You can then use these credits to promote your own website or program.

Traffic Monsoon sells ad packs where ads are displayed. Members view the ad for 30 seconds and then a new ad appears.

You get 2,500 visitors to your website for $5. However, let us be realistic on how good is the traffic really.

People are just clicking on ads to earn credits. Chances are they are not even viewing the whole ad for 30 seconds.

However, it is not updated past 2016. They do offer some perspective on the breadth and depth of the alleged scheme. I have to admit their claim of defrauding 160,000 members in the district Courts out of $200 Million Dollars, is way more than I would have imagined.

The bottom line is, do not join this program. Why would you want to anyway?

The traffic, like other traffic sites, is of poor quality. And the program may not even be online tomorrow.

If you are really interested in creating your own home business, check out my #1 recommendation on how to build a successful business. You’ll get plenty of support, training, websites, and access to 24/7 live chat where people are always online to help you. And I will be your private coach until success finds you. Get started for FREE today. 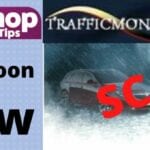 10 thoughts on “Traffic Monsoon Review – Is This A Ponzi Scheme?”